Who Should Use It:  Fashion, food, design, travel and anything DIY; audience skews female by 4:1

“Some 28% of online adults use Pinterest, up from the 21% who did so in August 2013. Women continue to dominate the site, as they did in 2013: fully 42% of online women are Pinterest users, compared with just 13% of men (although men did see a significant increase in usership from 8% in 2013). While Pinterest remains popular among younger users, there was an 11-point increase between 2013 and 2014 in the proportion of those 50 and older who use the site. Other demographic groups that saw a notable increase in usership include whites, those living in the lowest- and highest-income households, those with at least some college experience, and suburban and rural residents.” 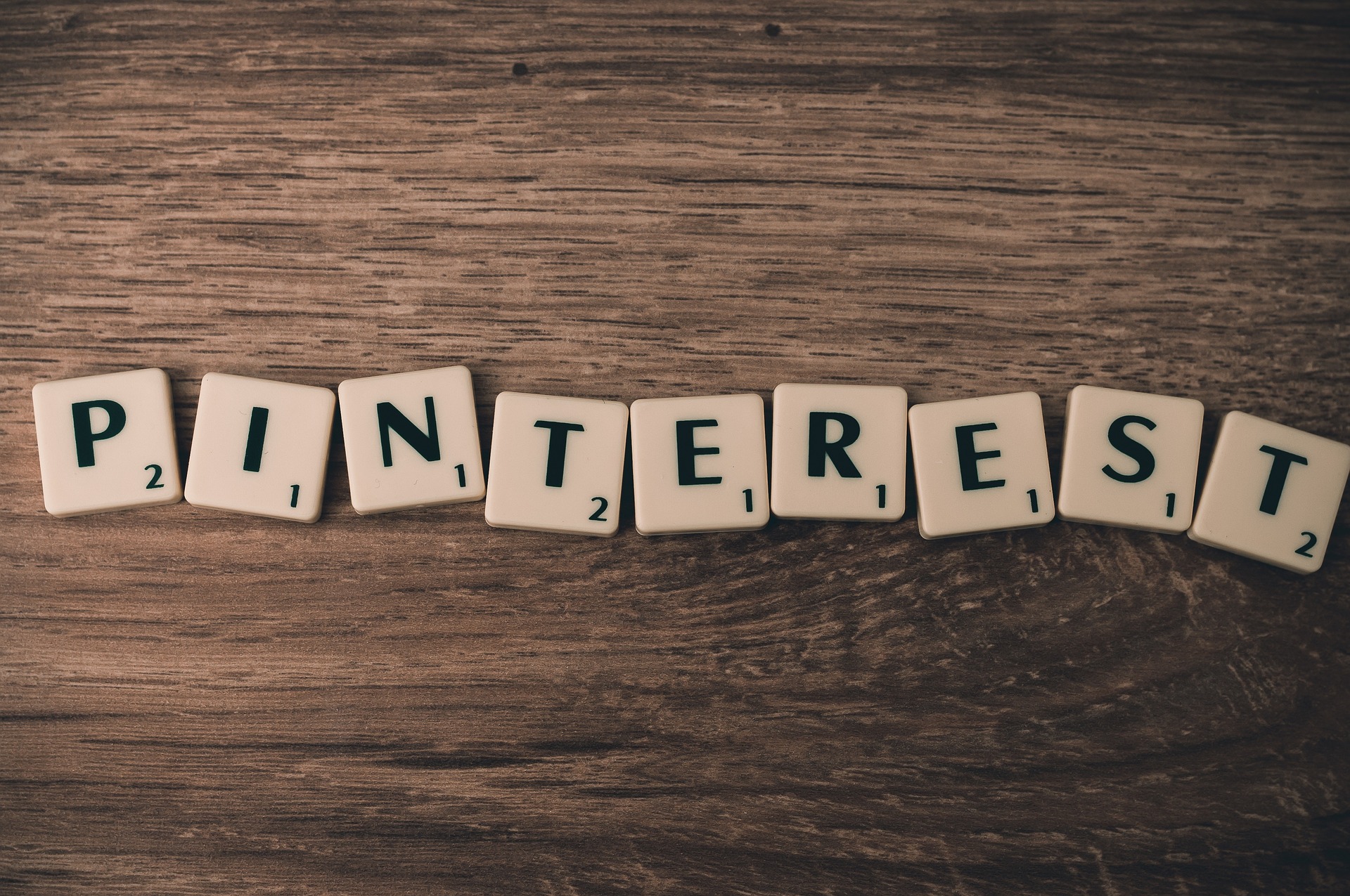 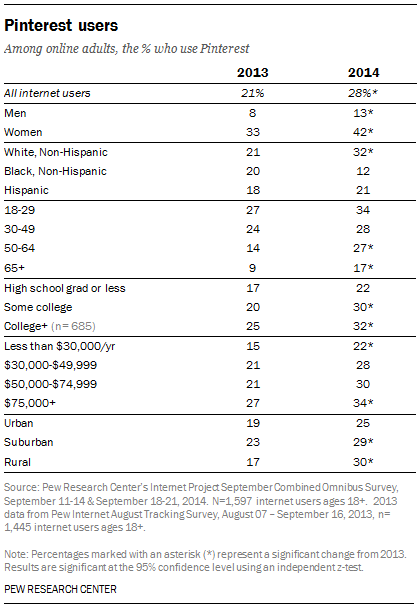